In the Hindu or Yogic philosophy, we come across the four states of consciousness. These are given in the Mandukya Upanishad. These are Waking (Jagrat Awastha), Dreaming (Swapna Awastha),  Dreamless/deep sleep (Sushupti) and Pure Transcendental Consciousness (Turiya). Let us look at them in detail.

In this state a person is fully aware of one’s body and its functions, and also his free will. The five sense organs (Gyan Indriyas), the five Organs of action (Karma Indriyas) and four internal organs (manas, buddhi, ahankara and citta) are active. One is fully cognisant of all one’s actions and choices.

In this state, one is asleep but dreaming. The five sense organs and the five organs of action are inactive here. Only the four internal organs are active. All the impressions gathered through the ten senses are perceived at this state in the mind. The mind is active and thoughts are predominant. Vasanas (unaccomplished desires) occupy the mind along with Raga-Dweshas (Likes and dislikes)

In this state, one is in self-oblivion, as even the mind is at rest, along with the senses. One is unaware of the body, gross and subtle, and everything is in an un-manifested state. This state is closely associated with ‘Pragya’ – the ultimate understanding of the true nature of reality and oneself. One is in the state of subtle intuitive consciousness which is neither mental or or intellectual.

This state is also called Chaturtha, where the individual experiences ultimate reality. It can also be understood as “wakeful sleep”. This state is beyond the mind and intellect. The consciousness is pure and transcendental. It is the state of ‘samadhi’. This state is attained by Yogis through their ‘sadhna’. This is sometimes called the substratum of all the other three states. 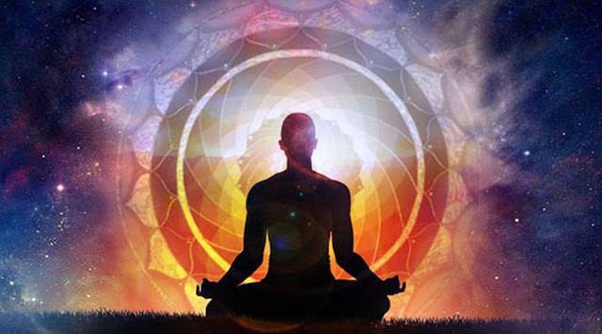 The three states other than Turiya are characterised by the non-apprehension and the mis-apprehension of reality. When we are ignorant of our true nature, we misidentify ourselves with the body and mind. Only when we attain Turiya, do we know the real nature of the self and the universe.