If you wanted to go trekking to the mountains of Nepal it would take you several years before even coming close to saying I’ve done every trek assuming you come to Nepal every year for a month. There are so many peaks and their possible routes here. There is one thing though you could do to enjoy a bit of everything in one go but it will require a major preparation, a long holiday and of course some extra money. Well, the name is The Great Himalayan trail and it will take you from the east to the west of Nepal letting you tread all major mountains falling on the way.

Panoramic view of Dingboche village with the Himalayas in the background.  From right side – Thamserku peak , Kangtega, Merapeak. Ama Dablam, Makalu. The trip will set you back 60 to 150 days depending on various factors like your experience, routes taken and weather. Several permits will also have to be obtained which you will be properly guided by your tour operator. The trail goes through several of the conservations areas of Nepal. Sagarmatha National park, Annapurna conservation area, Kanchenjunga conservation area and Langtang National park are a few that comes to my mind. You will meet diverse communities and their religion and see landscapes from arid to lush green. Along with that plants and animals living in varying habitats will be an excellent learning experience. 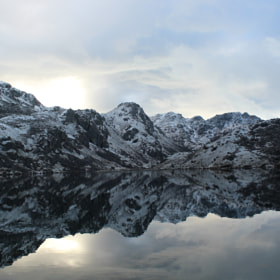 The Great Himalayan Trail also called GHT in short was only recently found. Many references to earlier treks are there but only in 2009 was it really created and documented. It has been attracting many tourists recently from various countries of the world probably due to the boundless challenge it presents to them. Even in the tour agents part, this is a serious undertaking to look after the trekking group, provide them with basic needs and show the way till the end for such a long duration of time. 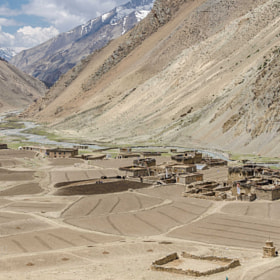 All in all, this has to be one of the greatest adventures man can take to tell stories about to the next generation. And no wonder because it requires tremendous spirit and physical and mental strength to accomplish it. GHT lets you meet all the superstars of the mountains and admire their magnificence from close.

Machapuchre AKA Fishtail as seen from Annapurna Base Camp A view of the Himalayan Range in Google map